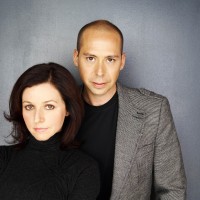 Laura Mullin and Chris Tolley are the Artistic Directors of Expect Theatre, a registered charity that was formed in 1996. The company has created and produced ground-breaking and award winning shows that have attracted international media attention and have been embraced by a wide range of audiences. Expect’s cutting edge productions explore modern urban life using multi-arts including site-specific theatre, video, music and dance. One of the company’s most notable productions, their 2003 multi-media theatrical production ROMEO/JULIET REMIXED, was nominated for five Dora Awards including Outstanding Production, and won for Outstanding Choreography. In 2011, Expect Theatre’s new show AWAKE featured the real stories of young people coping with gun violence in the community of Jamestown. AWAKE premiered at the Toronto Fringe Festival to sold-out audiences. The show received four N’s in NOW Magazine, and was a NOW Critic’s Pick. It was the second highest grossing show at the festival, and was featured in almost every media outlet including: The Toronto Star, The Globe & Mail, The Sun, NOW, The Metro, CBC Radio, The Torontoist and The Grid. In January of 2013, AWAKE was presented at the Next Stage Festival and was a critical success receiving 4/4 stars in the Toronto Star and four N’s in NOW Magazine. Since 2012 with the support of The Canada Council for the Arts, Expect has been working on AWAKE the screenplay. 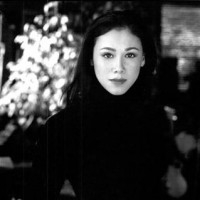 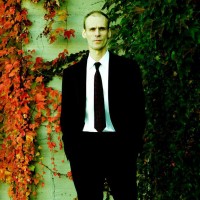 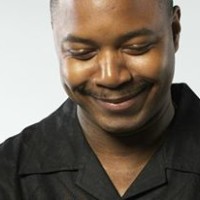 Dwayne Morgan began his career as a spoken word artist in 1993.  In 1994, while still in  high school, he founded Up From The Roots entertainment, to promote the positive artistic contributions of African Canadian and urban influenced artists. A member of the Writers’ Union of Canada, Morgan has received both the African Canadian Achievement Award, and the Harry Jerome Award for Excellence in the Arts. Morgan is the winner of 3Canadian Urban Music Awards (2001, 2003, 2005). In 1998, Morgan introduced regular poetry slams to Toronto, and has watched them blossom across the GTA and beyond ever since. In 2005 he was recognized as Poet of Honour at the Canadian Festival of Spoken Word in Vancouver. Dwayne has performed for the former Governor General of Canada, The Honourable Michaelle Jean, and has shared the stage with many of Canada’s top artists including Russell Peters, Deborah Cox, Kardinal Offishal, Jully Black, K-OS, and Nelly Furtado, while opening for international artists Alicia Keys, Linton Kwesi Johnson, Mutabaruka, Ursula Rucker, Colin Channer, and Saul Williams, and recording with Canadian artists including Grammy nominee, Drake. To further explore his creativity, Dwayne collaborated with Driftwood Studios to film, Three Knocks, a ten minute film based on his domestic violence poem of the same name, which premiered in Toronto’s Reel World Film Festival. In March 2008, Dwayne hosted his first photography exhibit, The Sum of Her Parts, exploring female body image. Dwayne’s work ethic has taken him across Canada, the United States, Jamaica, Barbados, England, Scotland, Belgium, Budapest, Germany, France, Norway, and Holland. His emphasis on quality has driven his success, and has made him a well-respected component of Toronto’s urban music community, as well as the North American, and Global, spoken word scenes. 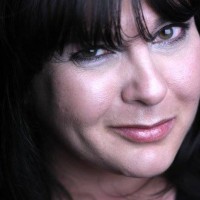 Sue has worked in the non-profit performing arts for over a decade and is a self-described city enthusiast. Her passion for the performing arts has led her to stints as a director, stage manager, event coordinator and arts administrator in theatre, dance and opera organizations in and around Toronto as a marketing and communications specialist. Sue is a former Board Member for TAPA and is now a member of their Advocacy Committee. She was the Social Media Chair/Steering Committee member for Artsvote 2010, is currently co-chair of that organization, and Vice-President of the board for the Toronto Fringe Festival. She runs Sue Edworthy Arts Planning, a freelance marketing, PR, producing and strategic planning company for the Toronto independent arts community, and is in demand as a social media consultant She is a 2010 Harold Award recipient for outstanding contribution to the theatre community, and a two-time CHAR-PR recipient for best PR single production (Proud, dirty butterfly) Sue holds a BFA Specialized Honors from York University. Visit www.sueedworthy.ca for more information. 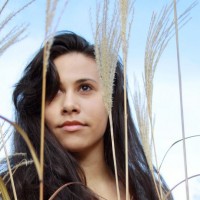 Aria Evans is an interdisciplinary artist working within film, dance creation and performance. Aria is co-AD of hub14, has toured with company KDT, participated in works by Julia Sasso, Peggy Baker, Susan Lee, Constance Cooke and Volcano Theatre, to name a few. Aria has presented her work with 60x60Dance, Series808, DanceOntario, SummerWorks, LabspaceStudio, Fringe, IGAC and RivoliDances4. Aria’s is Kaeja’s resident videographer/editor. Independently in film she has collaborated with many of Toronto’s leading dance artists and worked for Ryerson, The Banff Centre, DanceMatters, TOLove-In, CDA-ADC, YMI, Tziporah Productions, Pulse Dance Conference and many more. Aria does videography/editing for Hop-to-it Productions whose documentary work premiers on Network Television where Aria has Associate Producer, Editor, Photographer and Videographer credits. To learn more visit ariaevans.net – See more at: http://kaeja.org/company/profile/aria-evans-0#sthash.ljbf07F2.dpuf 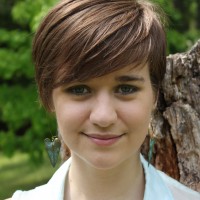 Candice Irwin is a Toronto-based interdisciplinary artist working in dance, video and performance art. She holds a BFA honours dance from York University with a focus in creation and dance science. She is a founding member of  two collectives: The Research Exchange and us. Irwin has worked with artists including Kaeja d’Dance, Keiko Kitano, Lynda Reino, Thomas & Guinevere, Cathy Gordon, Susie Burpee and Expect Theatre. Her creative work has been presented on Norwegian Cruise Lines, at the Toronto Fringe Festival, The SummerWorks Performance Festival, Series 8:08 and by Theatre Passe Muraille. As well as being an active performer and creator Irwin is a dedicated dance educator and arts administrator. She has worked as an educator with Kaeja d’Dance, The Harbourfront Centre and the Toronto District School Board as part of the Dare2Create Festival. To learn more visit candicejmirwin.com