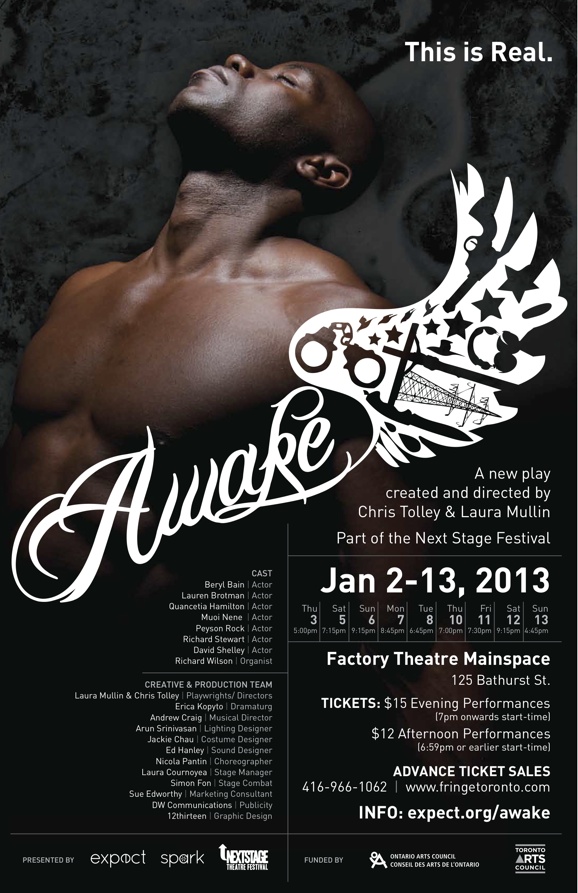 Created and Directed by Chris Tolley and Laura Mullin

A hit of the 2011 Fringe, AWAKE takes you deep into the heart of one of Toronto’s most violent neighbourhoods, and explores the ripple effect of gangs within a community. Developed over three years, the production is based on real stories and portrays the triumphs and challenges of those living in an “at risk” community. The show is made up entirely from interviews with mothers who lost sons, gang members, outreach workers, and the police.

AWAKE Performance Schedule and Venue Address
Buy Tickets
Reviews are in! 4 Stars from the Star – Four Ns from NOW and More!!
What the Media is Saying about AWAKE
Our Indiegogo Campaign a Huge Success
AWAKE Press Release
AWAKE Testimonials
About the Writers/Directors